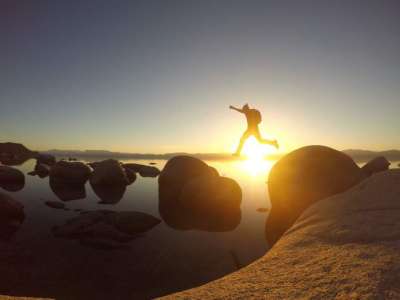 Glenbrook and Uppaway Estates are located near Spooner Summit on the Easterly side of Lake Tahoe. Glenbrook is a gated community adjacent to Uppaway Estates.  The neighborhood was originally established by Captain Augustus Pray in 1860, who grew hay, oats, wheat and vegetables there.  Its name derives from a stream that ran through the meadow. With the discovery of silver in Carson City the need for lumber grew rapidly, both for housing and in securing the mine shafts.  The Lake Tahoe region was clear cut with most of the lumber being milled in Glenbrook before it went over into Carson City for transport to Virginia City. Glenbrook began quite the famous spot in the late 1800s with its saloon, Glenbrook House Hotel and being the spot the steamer ships brought travelers making their way over the Sierra. Glenbrook hosted two U.S. Presidents (Grant and Hayes) in one year.

The Glenbrook neighhorhood consists of 750 acres.  It is a gated neighborhood, has it’s own 9 hole golf course, private beach, piers and other homeowners amenities that residents enjoy.  Many people that live in Glenbrook own golf carts to cruise around the neighborhood in. The enclave has a great community feel with special parties and holiday celebrations.  They are also hosts to the Glenbrook rodeo held annually.  Dating back to the early 1940s, the Glenbrook Rodeo was an annual highlight until it was discontinued in 1965. Keep Memory Alive founder and Chairman Larry Ruvo and his wife, Camille, along with the McGill family, resurrected the tradition in 2000.

Uppaway Estates is a small private gated community of homes that are located on the former Fleishman Estate.  The 44 acre lakefront property was purchased by Major Max C. Fleishman in the early 1930’s. Fleishman’s family is best know for the Fleishman Yeast Company.  This are enjoys a mild winter climate and spectacular sunsets.  Uppaway residents enjoy lake access, several community boat slips, swimming, kayaking, boating, kayaking, and stand up paddle boarding during the summer. The community also has private tennis and horse shoe courts, and picnic tables with beautiful lake views.

Glenbrook and Uppaway Homes for Sale